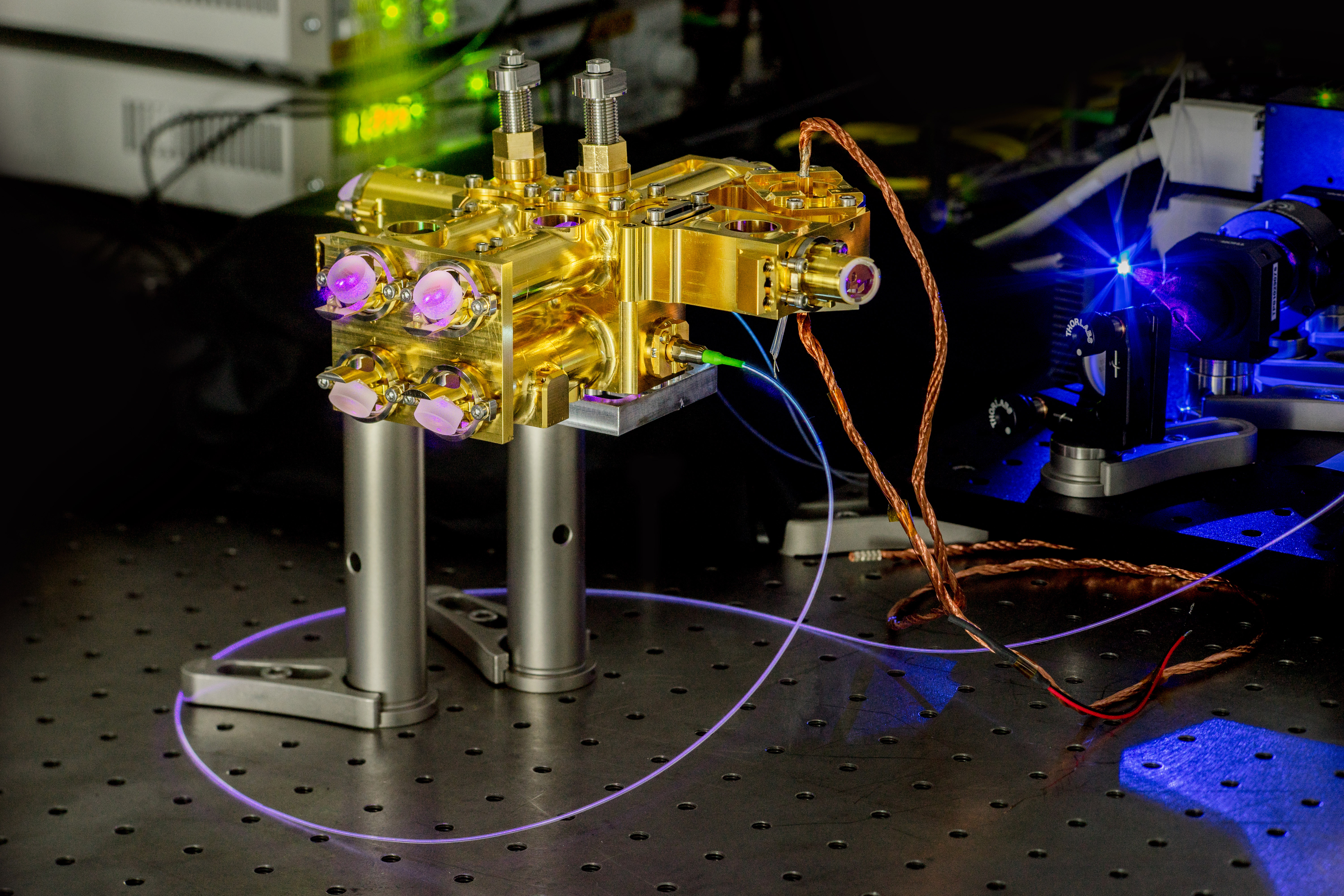 Scientists at the Fraunhofer Institute for Applied Optics and Precision Engineering in Jena have developed a stable, space-suitable source for entangled photons. Such connected or "entangled" photons should in future be used in secure encryption technologies. The source is based on a hybrid design in which a non-linear, periodically poled crystal (ppKTP) from two sides in the arrangement of a Sagnac interferometer with a power of max. 8 mW at 405 nm is pumped. The resulting excited Spontaneous Down Conversion (SPDC) in the crystal generates polarization-entangled photons in the transmitter and receiver channel at a rate of up to 300,000 pairs per second with a visibility of these photon pairs (visibility) in the range 96-99 %.